Childhood Mental Health Problems: Will They Grow Out of Them?

Posted in: blog, About Us, Services Offered, Mental Health 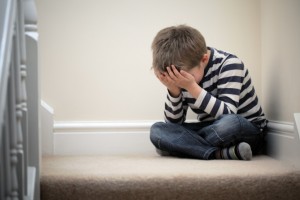 JAMA Psychiatry shows that while those diagnosed with a psychiatric disorder as a child or teenager were six times more likely to have legal, social, health, and financial problems as an adult, those with only mild symptoms or undiagnosed problems were still three times more likely to develop the same problems as adults. This study shows that childhood mental issues can have lasting affects as the individual grows and should not be ignored. The study was conducted from 1993 until 2010 in North Carolina. Children from eleven rural counties in the state were interviewed starting at ages nine, eleven, or thirteen and interviewed every year until they reached sixteen. They were then interviewed again at nineteen, again at twenty-one, and once again at twenty-five. Those who participated were also tested for the symptoms of commonly found childhood mental disorders, like depression, anxiety, and ADHD. These mental disorders can affect at least one percent of our population at any time. Those conducting the research were interested to see if childhood mental illness continued to impact children’s lives once they reached adulthood. Many professionals within the psychiatric field feel that more attention needs to be paid to children’s mental health. If the attention and research was dedicated to children early on, we might well prevent future struggles in their adult years. Ignoring even mild mental health issues in children, thinking perhaps that they will grow out of it as they get older is now proven not to be the case. As young adults they may well grow into deeper problems. Family Service Foundation, Inc. has been serving the greater Maryland area since 1936. This nonprofit organization helps Maryland residents across a span of different areas such as mental health, developmental disabilities, and substance abuse, and provides interpretation for deaf and deaf-blind individuals. To find out about services, visit here. Do you “Follow” and “Like?” Be sure to stay active on our official pages for Facebook, Twitter, Google+, and Pinterest today!   Source: http://goo.gl/Da0K34