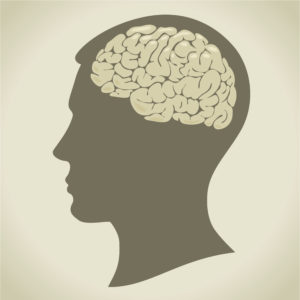 Thousands of people cope with schizophrenia every day.

Thousands of people cope with schizophrenia every day. As with many other types of mental illness, there is quite a bit of misinformation surrounding schizophrenia. These stereotypes are often invented and perpetuated by TV and media. Here are some of the most common myths, and why they are wrong.

There was a poll performed that showed that 64% of Americans believe that individuals with schizophrenia have multiple personalities. This is a symptom of Dissociative Identity Disorder, which is something completely different. People with schizophrenia don’t have multiple personalities. Quite often, these individuals are operating under false ideas, or they just lose touch with reality.

Myth: Most People with Schizophrenia are Violent and/ or Dangerous

Most of the time in a movie or TV show, the “crazed killer” is someone with schizophrenia. This is not accurate. While it is true that those with schizophrenia are often unpredictable, most of the time they aren’t violent, especially if they are currently being treated for their illness. When a schizophrenic individual does commit a violent act, it’s usually because there is some other issue such as childhood conduct problems or substance abuse.

Myth: It is Caused by Bad Parenting

Usually, the majority of the blame for this is placed on the mother. This could not be further from the truth. Schizophrenia is a mental illness that can be caused by one or any combination of genetics, trauma, and substance abuse. Parenting mistakes can’t give someone schizophrenia.

While studies show that those with schizophrenia sometimes have difficulty with situations that test mental skills, such as attention, learning, and memory. However, this does not mean that these people are not intelligent. There have been many smart, talented people throughout history that just happened to have schizophrenia. Scientists are continuing to research possible genetic links between mental illness and creativity.

Myth: Those with Schizophrenia Belong in a Mental Hospital

Once upon a time, mentally ill individuals were automatically sent to asylums, and some were even sent to prison. Today, thanks to copious amounts of research, far fewer mentally ill people have to be placed in long-term care. The majority of people with schizophrenia live with their families or in a supportive place in their communities.

Family Service Foundation, Inc. has been serving the greater Maryland area since 1936. This nonprofit organization helps Maryland residents across a span of different areas such as mental health, developmental disabilities, and substance abuse, and provides interpretation for deaf and deaf-blind individuals. To learn more about ADHD treatment, visit here. Do you “Follow” and “Like?” Be sure to stay active on our official pages for Facebook, Twitter, Google+, and Pinterest today!