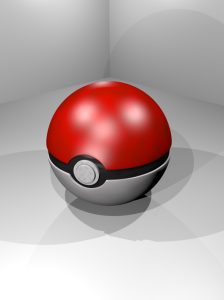 Everyone is talking about Pokemon GO. What is your ASD child missing out on?

Since its release on July 6th, the Niantic and Nintendo app Pokémon GO has taken the world by storm and mainstream media by storm. If you have not heard about Pokémon GO, it is a free-to-play location-based augmented reality mobile game. This game uses the real world around you to allow players to capture, battle, and train their virtual Pokémon. Available on both iOS and Android devices, this game has become more popular than other social media platforms including Twitter.

Individuals with ASD Have Success with Pokémon GO

According to Catrina Dennis in a July 14, 2016 article on Inverse, the game, which is popular with both young adults and children, is having some unexpected effects on a certain group of individuals. Parents have reportedly been testing the app on their children with to great results. Parents around the country have been using the app in order to engage their children and help increase their social skills. Pokémon GO brings users together under one common goal: to “Catch ‘Em All.” As the players play through this augmented reality game, they are eased into social interactions and able to participate in group activities. In one such incident posted on the popular forum site Reddit. A mother posted a story about her ASD son using the app and engaging with other children nearby. “A little boy saw him and recognized what he was doing. They immediately had something in common,” she reported. “He asked Ralphie how many he had caught. Ralph didn’t really answer him, other than to shriek ‘Pokémon!’ and jump up and down with excitement while flapping his arms. Then the little boy showed him how many HE had caught and Ralph said ‘Wow’ and they high-fived.” This mom ended her piece with “My autistic child is socializing” and by thinking Nintendo for developing the app that is helping so many other children socialize.

Stories of Pokémon GO helping players’ personal lives on such a massive scale holds a particular importance for Satoshi Tajiri, who suffers from Asperger’s Syndrome, a form of ASD. As reported by Autism Key, as a boy growing up in Japan, Tajiri’s interest range from bugs in his early years to anime and arcade games during his teenage years. Tajiri later turned his love of the virtual world into a business as a teenager, publishing tips, and shortcuts to the popular game Donkey Kong. Although he dropped out of high school, Tajiri enrolled in technical college and later joined Sega when he won a contest for the best new game at the age of 16. Tajiri has spoken on the communication aspects of his game and has said his “monsters are controllable by the players. It could be the monster within yourself, fear or anger, for example. And they are put in capsules.” Tajiri used his childhood interest to help others suffering from ASD and some mental health disorders like depression and social anxiety. Since this app has only been out for a short time, it is important to remember it may not work for every person with ASD. This app has not been scientifically tested to improve the social aspect of people with ASD and should be used with parental supervision. If you are interested in seeing the effects for yourself, talk with your therapist or doctor first. While these results are typical and won’t be the case for every person with ASD, these are just some of the benefits of players using an augmented reality game to enhance their own lives.

Family Service Foundation, Inc. has been serving the greater Maryland area since 1936. This nonprofit organization helps Maryland residents across a span of different areas such as mental health, developmental disabilities, and substance abuse, and provides interpretation for deaf and deaf-blind individuals. To learn more about cerebral palsy or other developmental disabilities, visit here. Do you “Follow” and “Like?” Be sure to stay active on our official pages on Facebook, Twitter, Google+, and Pinterest today!   The source for this article can be found here: