Posted in: Mental Health, Blogs by Our Staff 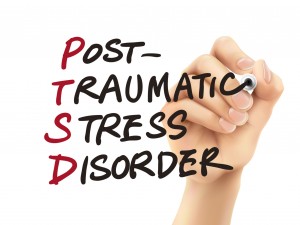 Post Traumatic Stress Disorder: Most of us only hear about this when something happens and calls our attention to it. Often this is after we hear on the news about terrifying public incidents in which individuals involved are characterized as having had an episode in which PTSD played crucial role. But how much do we really understand about this mental health condition which affects millions of individuals? What do we think about when we hear Post Traumatic Stress Disorder? According to staff at the Mayo Clinic PTSD is “a mental health condition that’s triggered by a terrifying event – either experiencing it or witnessing it”. Symptoms include flashbacks, nightmares, and severe anxiety, as well as uncontrollable thoughts about the event. The Department of Veteran Affairs provides some statistics regarding the prevalence of PTSD in the United States:

-about 8 million adults have PTSD during a given year but this is only a small portion of those who have gone through a trauma;

One of the groups most closely associated with PTSD are our nation’s veterans; however, they are not the only ones who are vulnerable. Traumatic events can affect those serving overseas experiencing a road side bomb but also a child getting attacked by a dog or abused or neglected by a parent. They affect anyone involved in fire, natural disaster, terrorist attack, sexual assault, car accident, robbery, plane crash, or life-threatening medical diagnosis. Traumatic events do not differentiate between a gender, age, or ethnicity. So trauma can occur in anyone’s life. In fact, between 60 to 70 percent of us will experience at least one traumatic event some time in our life. But this does not mean every person experiencing trauma will develop PTSD. Only about 2 of 10 do. The Mayo Clinic gives examples of risk factors for developing PTSD:

-Having experienced other trauma earlier in life, including childhood abuse or neglect

-Having a job that increases your risk of being exposed to traumatic events, such as military personnel and first responders

-Having other mental health problems, such as anxiety or depression

-Lacking a good support system of family and friends

-Having biological (blood) relatives with mental health problems, including PTSD or depression

In the upcoming series of blog posts, we will contribute to the much needed conversation related to PTSD causes, symptoms, brain functioning and how to get treatment. Stay Tuned. Family Service Foundation, Inc. has been serving the greater Maryland area since 1936. This nonprofit organization helps Maryland residents across a span of different areas such as mental health, developmental disabilities, and substance abuse, and provides interpretation for deaf and deaf-blind individuals. To find out about services, visit here. Do you “Follow” and “Like?” Be sure to stay active on our official pages for Facebook, Twitter, Google+, and Pinterest today!