PTSD Part 2: How Is PTSD Diagnosed?

Posted in: blog, About Us, Mental Health, Blogs by Our Staff

By Jacqueline Redmond Our previous blog -- Part 1 -- provided a basic introduction to Post-Traumatic Stress Disorder (PTSD). Part II will examine how health care providers diagnose PTSD. Clinicians who diagnose PTSD include licensed social workers, licensed professional counselors, psychiatrists, and psychologists. All use a specific reference called the Diagnostic and Statistical Manual (DSM). It is now on its fifth update (DSM-V) and is used to classify all the different criteria for mental illnesses. In the past, PTSD was listed under “Anxiety Disorders” with the assumption that stress was one of the underlying causes. This year, in the newly released DSM-V, it is found more appropriately under “Trauma and Stressor-related Disorders.” 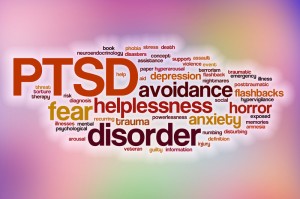 So what goes into a PTSD diagnosis? First, note that the criteria for PTSD are age-specific. The criteria below apply to adults, adolescents, and children older than six years of age. (Other elements apply to children younger than six.) Five main criteria are involved in this diagnosis. (1) Exposure to an Actual or Threatened Traumatic Event DSM-V considers exposure as: directly experiencing a traumatic event; witnessing a traumatizing event that occurs to others; learning about a trauma that occurred to a close family member or friend; or repeated exposure to details of a traumatic event (such as first responders to crisis situation). (2) Presence of Intrusive Symptoms Intrusive symptoms (think of them as symptoms which “invade” your mind and body) include the following: severe anxiety and alarming memories about the trauma; dreams and nightmares (this is very common); and flashbacks that are sometimes described as out of body experiences returning to the traumatic event. Symptoms may also include increased breathing, heart rate, and sweating at the thought of the event. (3) Avoidance of Things, People, Places, or Thoughts Related to the Event Another part of a PTSD diagnosis involves avoiding anything and everything related to the trauma. This could include loss of memory about the event, not wanting to talk about it, and even avoiding places, people, activities, objects or situations associated with it. (4) Changes in Moods and Thoughts This criterion includes: the inability to remember important aspects of the trauma; changes in beliefs about one’s self that are often negative; changes in thoughts about the cause or consequence of the trauma resulting in self-blame; a significant change in emotional state (such as someone who was always happy now being more often angry or sad); losing interest in activities; or pulling away from others. (5) Physical Changes to the Body Changes in an individual’s physical body are also considered when diagnosing PTSD, including irritability; outbursts of anger (often with no reason); reckless and endangering behavior; exaggerated startle response; feeling always “on guard”; disturbances in concentration or sleep. Before a diagnosis of PTSD is made, a clinician looks for an individual to display at least one or more symptoms for each of the five areas. These symptoms must occur after the traumatic event and extend for at least a month afterward. Finding Support with FSF Family Service Foundation, Inc. has been serving the greater Maryland area since 1936. This nonprofit organization helps Maryland residents across a span of different areas such as mental health, developmental disabilities, and substance abuse, and provides interpretation for deaf and deaf-blind individuals. To find out about services, visit here. Do you “Follow” and “Like?” Be sure to stay active on our official pages for Facebook, Twitter, Google+, and Pinterest today!