The Categories of Mental Illnesses 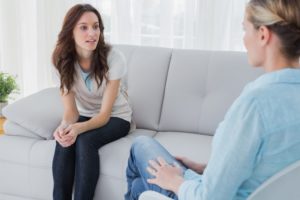 There are many different types of mental illnesses. But with a little help, you can start to feel normal again.

While all of us experience anxiety, anxiety disorders are a little different. The mechanisms that regulate anxiety can actually “break down,” leading to an excessive or inappropriate expression of anxiety. People with anxiety disorders may feel anxiety that is disproportionate to the circumstances. These disorders exist when a person cannot control their anxiety or when it interferes with normal functioning. Anxiety disorders can include generalized anxiety disorder, phobias, panic disorder, obsessive-compulsive disorder, and PTSD.

Dementia is characterized by a disturbance in the consciousness and a change in cognition, which may develop over a short period of time. These cognitive changes include memory loss and a decline in intellectual and physical functioning. These disorders include Alzheimer’s, vascular dementia, dementia due to medical conditions like HIV and Parkinson’s disease, substance-induced dementia, and dementia due to a combination of multiple factors.

Schizophrenia is a serious brain condition that is often characterized by a profound disruption in cognition and emotion. It often affects the fundamental human attributes like language, thought, perception, affect, and sense of self. The array of symptoms includes a psychotic manifestation, incoherent speech, withdrawal, and impaired reasoning. The psychotic manifestations include hearing internal voices, experiencing hallucinations, and assigning unusual significance or meaning to normal events or fixed personal beliefs (delusions). While there are more than 200 different categories of mental illnesses, these are the main five categories. For more information on seeking help from Family Service Foundation, call us today!

Family Service Foundation, Inc. has been serving the greater Maryland area since 1936. This nonprofit organization helps Maryland residents across a span of different areas such as mental health, developmental disabilities, and substance abuse, and provides interpretation for deaf and deaf-blind individuals. To learn more about cerebral palsy or other developmental disabilities, visit here. Do you “Follow” and “Like?” Be sure to stay active on our official pages on Facebook, Twitter, Google+, and Pinterest today!