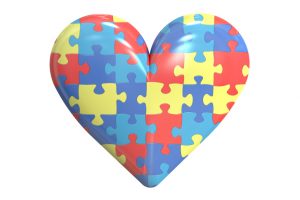 Autism and ASDs are a common diagnosis but that does not mean people truly understand what it is.

It may seem like being diagnosed with an autism spectrum disorder (ASD) is a common diagnosis these days. But how much do you really know about autism and ASDs? Let’s take a moment to look at these disorders and how they can be helped.

What are Autism and ASDs?

Autism and ASDs are both general terms for a group of disorders that affect the brain development. While they vary in degrees, some disorders are characterized by difficulty in social interaction, verbal and nonverbal communication, and repetitive behaviors. ASD can be associated with intellectual disabilities, difficulties in motor coordination and attention, and physical health problems such as insomnia and gastrointestinal disturbances. Although these individuals have problems in these areas, some people with ASD do excel in math, music, art, and with visual skills. Autism appears to have its roots in early brain development with the most obvious signs of autism emerging between two and three years of age. These disorders are very common. According to the U.S. Centers for Disease Control and Prevention (CDC), nearly 1 in 68 American children is diagnosed with ASD. Boys are four to five times more likely to be diagnosed with ASD than girls. ASD affects more than 3 million individuals in the US and tens of millions worldwide.

Many ASD patients can be helped with a combination of behavioral and communication therapies, dietary approaches, medication, and alternative medicines. One of the most notable behavior therapies is called Applied Behavior Analysis (ABA). This treatment approach is for people with ASD and has been widely accepted by health care professionals, schools, and clinics. This therapy encourages positive behavior while discouraging negative behaviors in order to improve a variety of skills. There are several different types of ABA including the “floortime” approach, which is used for emotional and relational development, and sensory integration therapy, which uses sights, sounds, and smells to engage the patient. While there are no medications to cure ASD, there are some medications that can treat related symptoms such as high energy levels, inability to focus, depression, and seizures. Although people with ASD are usually diagnosed at a young age, they do not usually grow out of their symptoms. But don’t give up hope. There are many programs available for these individuals to live full and successful lives including the programs at Family Service Foundation. For more information on how we can help, call us today!

Family Service Foundation, Inc. has been serving the greater Maryland area since 1936. This nonprofit organization helps Maryland residents across a span of different areas such as mental health, developmental disabilities, and substance abuse, and provides interpretation for deaf and deaf-blind individuals. To learn more about autism spectrum disorder or developmental disabilities, visit here. Do you “Follow” and “Like?” Be sure to stay active on our official pages for Facebook, Twitter, Google+, and Pinterest today!